The proposed 16-race 2020 F4SEA Championship calendar will feature four events in Sepang to minimize risk, at a cost-effective fee of Euro40,000.

“Fans will not miss a moment of action as the races will continue to be livestreamed and broadcast on the FOX network and our new website and social media will be regularly updated.”

The FIA-recommended first step on a professional career pathway, F4SEA has already seen some of its graduates sign with the Sauber and Renault F1 junior teams.

“F4 SEA is producing world-class competitors and I’m convinced that at least one of our 2019 winners Hadrien David (FRA) Lucca Allen (IRL) and Elias Seppänen (FIN) will be a future world champion.”

Over the past four years the Southeast Asian branch of the FIA’s F4 global championship has focused on creating Asian and international motorsport heroes, while training and developing Malaysians to become highly-skilled engineers and technicians.  At the 2017 Petronas Formula 1 Malaysian Grand Prix Finale, the F4 winner was Malaysian hero Nazim Azman, who has since gone on to win in the British F3 championship.

Engineering F4SEA is the Meritus.GP team of Great Professionals – Malaysia’s national motorsport team and winner of 36 international FIA championships over the last 25 years.

The graduates of the prestigious Meritus.GP outfit have collectively won the triple crown of motorsport – Le Mans, Monaco and Indy 500 – and ten drivers have progressed to F1.  Earl Bamber, who won podiums in GP2 Asia and has twice won Le Mans outright in LMP1, was mentored and supported throughout his junior career by Meritus.GP.  F1 driver Alexander Rossi went on to win the Indy 500 – the greatest race on earth, while local champion Jazeman Jaafar won the World Series by Renault race at the Monaco Grand Prix.

“If our only achievement this year is the handing over of the champion’s trophy in December, the hard work of overcoming all obstacles in this unprecedented time to produce yet another motorsport hero will have been well-rewarded.”

For 2021, F4 SEA plans to expand its reach and promote Malaysian skills to new emerging territories, returning to a 10-12 event format and broadcasting at least 40 races on global networks. 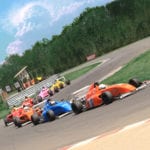 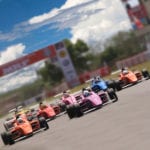 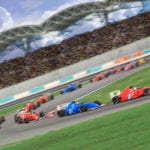 Photos and VNR are set out with this link https://fiaf4.asia/confirms-2020-season